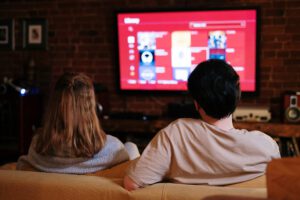 Android TV is being used more and more in new TV models. For this reason, more and more developers are starting to create apps and software for Android TV. However, it can be very difficult to launch the app for Android TV, because there are many problems that have to be solved before.

What are the problems?

When a developer wants to develop an app for Android TV and bring it to market, some problems arise.

The first problem is that Android TV is a relatively new platform, so most developers have not had much experience with the platform. For this reason, it is very difficult to develop a working app for Android TV. Divitel offers its know-how to companies, so developers can quickly become experts for Android TV and create a working app.

The second big problem is that the app has to work without problems and incidents. If a new developer’s app on Android TV doesn’t run without problems, there will hardly be customers who want to use the app. That’s why it’s essential that developers have everything under control before a app is launched. Divitel supports developers in such cases. Divitel will make sure that the app will run smoothly on Android TV so that as many customers as possible can use the app. In case of a problem the Divitel team will be there immediately to analyze and fix the problem.

As it is known from Divitel, the Divitel team will use its vast experience to solve the problems of new developers quickly and effectively. For over 20 years Divitel has been helping developers and other companies to bring working video service apps to the market.

What are the benefits of Android TV Launch Control?

Because of Android TV Launch Control customers will have fewer issues with the developer’s services. Therefore, developers will have to invest less in customer support and save money. Also, thanks to Divitel’s help, problems can be analyzed and solutions can be implemented much faster.

Developers need to make sure that no problems arise with their services in order to compete with established digital video services. Without a great app customer loyalty will be poor and therefore customers will switch services as soon as problems start to arise. This can be achieved with Android TV Launch Control.

Would you like to learn more about Divitel’s video services, such as Android TV Launch Control, CloudTV, ReplayTV and Mesh WiFi? Visit the website!